Hello there! So this week, it has been crazy for me with the move of my blog to this schnazzy site and me power reading through books and with school starting, I have been a busy woman. Luckily, I have a few minutes before I need to start my dreaded homework to let you know about the book I finished. I just finished Pride and Prejudice and Zombies by Seth Grahame- Smith and Jane Austen as part of my Read Harder Challenge (read a retelling of a classic story) and it was awesome (yeah, I know I’m slow on the uptake)! 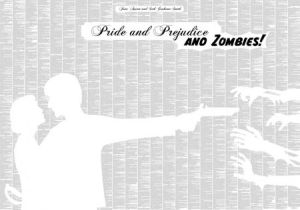 First, let me say a couple of things about my mindset going into this book. I am a classical literature girl. I know many find it boring, and i can totally understand that , but I am totally a Dickens- Bronte- Austen- Doyle Regency era loving type of girl. I only got into contemporary fiction when the Harry Potter series came out (which I am ashamed to say I have only read books 1, 2, and 4. I dunno how I skipped 3, to be honest. I think I skipped it when I bought the movies, too. Weird). Anyways, after my brief stint at Hogwarts, I read the Twilight books, and then went back to classical literature. That is not to say that Twilight turned me off/ away from contemporary literature. It didn’t. I loved them, at the time that I read them and even know I can respect it’s significance and role it played in my life and  I respect the fact the Stephenie Meyer has 4, maybe 5 best selling novels ( Was The Host a best seller? Maybe?) am I have none. So, I went back to my dead old fogey reading, as I also have a HUGE Agatha Christie obsession  and was on my merry way.  When my best friend first told me about this book years ago, I had the literary snob purist approach with a “How dare you mess with the work of Jane  no middle name that I know of Austen!?!”  and my incredulity led me away from this blasphemous work and back into the fictional arms and mustache of Agatha Christie and her detective Hercule Poirot. I soon after dropped the indignant attitude nad opened myself up to new books or older books with a twist. Boy, am I glad I did! 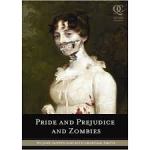 Pride and Prejudice is a hard book to manipulate, since it is so well-known with characters we love. I’m very sure that my failed dalliances in love in part to the fact that there aren’t guys in modern-day America that meet the criteria of Mr. Darcy and if they do, they are gay.  “Boys are like parking spaces, all the god ones are taken and the rest are handicapped.” I don’t remember who said that or where I read that , but it’s so true! The handicap can be gay or emotional unavailable, or over 30 and never moved out of his mother’s house, etc. I digress, so this book was so enjoyable. I was skeptical going in and I was weary that the good name of Jane (yeah, I call her Jane, she and I go way back) was going to get dragged in the mud, but I was fantastically wrong.

Pride and Prejudice and Zombies, starts just like the original with the  “‘It is a truth universally acknowledged, that a single man in possession of a good fortune, must be want of a wife,” which, I adored. The story is pretty much word for word in most of the book, which is why Seth Grahame- Smith adds Jane Austen as a co author.  Actually, I really liked how he incorporated the zombies into the story. So the back story to the additions is that there is a plague that has broken out and it causes people to turn into zombies if they are not decapitated and/ or burned in time. The Bennett sisters are known for their looks are well as their skills in musketry and hand to hand combat, which is

amazeballs. I think this part will appeal to people who for feminist or at least for ” it’s so dumb for women to sit around and do nothing in that era” reasons, normally don’t this type of book. The story follows everything to the tee with the Merryton dance, Elizabeth being insulted, Bingley falling for Jane yaddah, yaddah, yaddah. Additions were made to make Mr. Darcy a skilled fighter with a reputation for killing zombies, and fast forwarding, when Jane gets sick and is forced to stay at Netherfield, Mr. Darcy fears she has the plague and that’s his reason (towards the end of the novel) for discouraging Bingley to marry Jane. There are some wicked fight scenes and Elizabeth is portrayed at being an expert with a katana. How could it get better? I’ll tell you! A showdown in a dojo between Elizabeth and Lady Catherine de Bourgh (you know you secretly hated her too)! To the Death (but Elizabeth has mercy for Mr. Darcy’s sake. Boo!)! I am getting ahead of myself, so to rewind a bit, there are somethings written in, that I am conflicted about.

The first being, Charlotte. In the original novel, Charlotte is Elizabeth’s bestie and marries the obnoxious Mr. Collins because she is 27 and unmarried, which is spinsterhood at that time and knows she will be financially comfortable. She basically takes one for the team.  In this book, Charlotte

marries Mr. Collins, but not because she’s “old,” but because she was bitten and wants a husband to give her a proper Christian beheading. Who says that? Haha.   Anyways, I like that he made Charlotte a more prominent character, but I wish she didn’t have to die. Especially since he draws it out and the reader sees her decline into zombiedom.The other thing I am conflicted about is Wickham. Refresher course on him, Wickham and Mr. Darcy know each other as family friends, yet they had a falling out with the conclusion that Wickham is an abusive drunken liar, and Mr. Darcy, is well, Mr.Darcy and honorable and dreamy in every way. So, after Wickham and boy crazy Lydia (the forgettable Bennett youngest sister, yet not as forgettable as Mary or Kitty) run away together, Mr. Darcy pays off Wickham to do the right thing and marry Lydia ( so she won’t be seen as a trollop. I really just wanted to use that word. Hehe). In this novel, all that happens, but  to make sure Wickham never abuses or hits anyone again Mr. Darcy cripples Wickham’s arms so he can no longer use them ( a carriage accident is the cover story, btw) ,in addition to making him marry Lydia and making him  become a priest. I like gangsta Darcy. I mean, what girl doesn’t like a bad boy? My only quam with this, is that I kinda hoped he’d kill him. I know that sounds horrible, but with the violence and the seven cuts of shame that Wickham should have endured multiple times, yet Elizabeth guilted herself into doing, and with him being such a douchebag, I feel like it was Mr. Darcy’s duty to kill Wickham and stage it as a casualty of war. Maybe this is why I don’t read or watch zombies things, I get violent.

In conclusion ( I really do ramble, I need to get that checked out before I’m that old person. You know what I’m talking about, the one with the ambling stories that lead you no where and there never was a point), I highly recommend this to any and all readers. It was a quick read, for me and that’s saying

something and  I could not put it down. If you like ninja fights (who doesn’t?), zombies,the idea of Elizabeth Bennett with a katana, a love story bred in danger started with hate and bloomed into undying affection, or the idea of badassBennett sisters

forming a Pentagram of Death, Mr. Darcy, a zombie- fied Charlotte Lucas- Collins, epic dojo show downs, or just the original novel and aren’t a snobby literary purist that does not want older works of fiction tampered with, then this book is definitely for you!

One thought on “Bonnets, Blades and Badass Bennett Sisters”